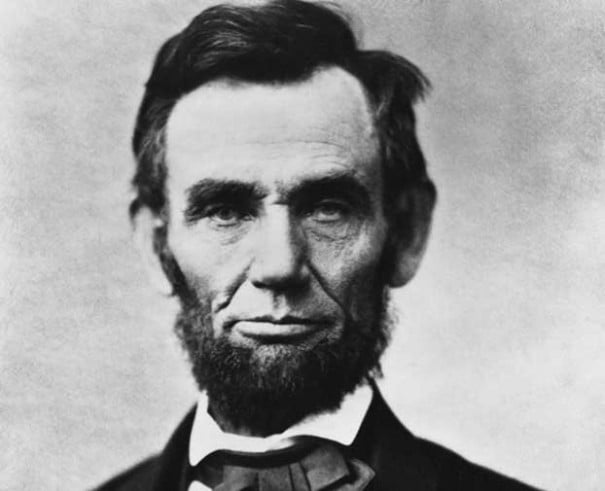 This weekend I saw the movie Lincoln.

If you haven't seen it, and even if you have no interest in history or the Civil War or in Abraham Lincoln, I encourage you to see this movie.

Daniel Day Lewis, who plays Lincoln, captures the essence, demeanor, and character of Lincoln in such a way that you feel you know the man.

And oh how I wish I did.

I knew very little about Lincoln prior to reading the book, Team of Rivals: The Political Genius of Abraham Lincoln,

by Doris Kearns Goodwin, a few years ago.

After reading that book, I fell in love with Lincoln.

Not in that way. But I fell in love with this humble, gracious, pure-hearted, witty genius who led our country through the worst years of its history.

I fell in love with everything he represented and the ideals he holds up for us to follow, especially today in our partisan, vitriolic political environment.

Without a doubt, Lincoln is a role model for me — his character is an inspiration for anyone seeking to become a better person.

He is someone worth studying, emulating, and venerating.

For those who don't know much about the man Lincoln, or if you'd like a refresher, here are some of the traits about him that I find compelling and inspirational from the words of those who knew him best. (Source: www.abrahamlincolnsclassroom.org)

His Character and Personality

“In temper he was Earnest, yet controlled, frank, yet sufficiently guarded, patient, yet energetic, forgiving, yet just to himself; generous yet firm,” says J. T. Duryea of the U.S. Christian Commission, which met frequently with the President. His conscience was the strongest element of his nature. His affections were tender & warm. His whole nature was simple and sincere – he was pure, and then was himself.”

“His conscience was the strongest element of his nature. His affections were tender & warm. His whole nature was simple and sincere – he was pure, and then was himself.” 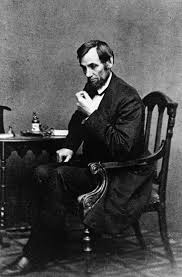 Prior to becoming President, Lincoln lived in New Salem, Illinois. Businessman G.S. Hubbard remembered, “We were thrown much together, our intimacy increasing. I never had a friend to whom I was more warmly attached. His character was almost faultless. Possessing a warm and generous heart, genial, affable, honest, courteous to his opponents, persevering, industrious in research; never losing sight of the principal point under discussion.”

Attorney Samuel C. Parks wrote “that for a man who was for the quarter of a century both a lawyer & a politician he was the most honest man I ever knew.

Related: 90 Life Lessons We All Need to Learn

He was not only morally honest but intellectually so – he could not reason falsely – if he attempted it he failed”.

“He was not only morally honest but intellectually so – he could not reason falsely – if he attempted it he failed.”

“In the grand review of his peculiar characteristics, nothing creates such an impressive effect as his love of the truth. It looms up over everything else. His life is proof of the assertion that he never yielded in his fundamental conception of truth to any man for any end,” says Lincoln’s law partner William H. Herndon.

Lincoln had a life-long tendency toward melancholy wrought from many life tragedies and disappointments.

“Perhaps it was the tension between his Calvinistic ‘melancholy' and his bourgeois aggressiveness which acted as the best mutual restraint, which gave him the depth and resiliency that everyone who knew from the 1850s onward remarked upon as his greatest resources, and which became his most valuable character assets during the war,” suggests historian Allen C. Guelzo 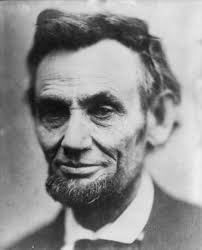 In William Herndon's eyes, “He was modest, quiet and unobtrusive in manner, sympathetic and cordial in social contact. He was commonplace and winsome, yet dignified, but not repelling, and was entirely assimilated: no person could feel any restraint or backwardness in his presence: the latch-string to his sympathy was always out, and, when not handicapped with melancholy, the door to his genial, hearty and sunshiny nature was always wide open. His sad countenance aroused universal sympathy: his bonhomie, geniality and humor drew all men involuntarily to him: his physiognomy was indicative both of great perception and equally of great reflection: his wonderfully expressive eyes indicated keen, shrewd discernment, deep penetration and patient and continuous reflection, as well as life-long and earnest sorrow.””

“His sad countenance aroused universal sympathy: his bonhomie, geniality and humor drew all men involuntarily to him.”

According to The Marquis de Chambrun, a French writer who knew Lincoln in the last months of his life, “Such a nature was admirably constituted to direct an heroic struggle on the part of a people proud enough to prefer a guide to a leader, a man commissioned to execute the popular will but, as in his case, strong enough to enforce his own.”

Lincoln scholar Waldo Braden wrote: “In the presidential role, he did not change; he continued to come across as a modest, down-to-earth, ordinary Westerner who was struggling to do the best that he could in the face of a fearsome burden. As always, he remained self-deprecating, speaking of being ‘an accidental instrument,' ‘a mere accident,' ‘a humble instrument in the hands of the Almighty.'”

Helen Nicolay, the daughter of Lincoln’s personal assistant John G. Nicolay says of Lincoln: “Secretary Welles was shocked that Mr. Lincoln could laugh heartily at a rather inane jest of Artemus Ward's, a moment before turning to consider the weighty matter of the Emancipation Proclamation. The President's habit of passing suddenly from mirth to extreme seriousness left them dazed and wondering. None of them seemed to realize how much this power of getting out for a moment from under his load of care, helped him to take it up again and bear his burden without going insane.”

“Lincoln's detachment was what produced his mastery over men. Had he not, as president, towered in mind and will over his cabinet, they would have crushed or used him without remorse. Chase, Seward, Stanton, the Blairs, McClellan had among them egotism and ability to wreck several administrations,” writes Scholar Jacques Barzun. 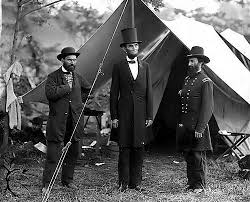 President Lincoln, says Helen Nicolay, “was so unconcernedly free from pose, and so intent on reaching his end in the shortest, most natural way, that roundabout methods did not occur to him. The more formal cabinet members found great difficulty in reconciling such direct, and sometimes impulsive behavior with the conduct they thought fitting to his office. They were themselves so intent on living up to the requirements of their high station that they had become a bit self-conscious. Seeing him on a rare afternoon taking a holiday, greeted boisterously as a playmate by the grandchildren of old Mr. Blair, father of the Postmaster-General, and racing with the children until the tails of his long broadcloth coat floated straight out behind, they were inclined to be critical.”

White House aide William O. Stoddard wrote: “Among the daily applicants for an interview with Mr. Lincoln were representatives of every class and grade in the social scale, and from every corner of the vast domains of the Republic, and it would be hardly correct to say that he was less than perfectly ‘at home' with any and all of them. Even in conversation with men whose superior culture and information he frankly acknowledged, or for whose moral dignity or great achievements he professed the utmost respect, Mr. Lincoln was free from that embarrassment which at the time is so painfully manifest in weaker men.”

One of Lincoln's favorite humorists, David R. Locke, recalled: “His flow of humor was a sparkling spring gushing out of a rock – the flashing water had a somber background which made it all the brighter. Whenever merriment came over that wonderful countenance it was like a gleam of sunshine upon a cloud – it illuminated, but did not dissipate.”

“His flow of humor was a sparkling spring gushing out of a rock – the flashing water had a somber background which made it all the brighter.”

Lincoln used his story-telling and humor as a way to relieve the pressures of being president during the Civil War. Writes Treasury Secretary Hugh McCullough, “I then perceived that my estimate of him before his election was well-grounded, and that he possessed even higher qualities than I had given him credit for; that he was a man of sound judgment, great singleness and tenacity of purpose, and extraordinary sagacity; that story-telling was to him a safety-valve, and that he indulged in it, not only for the pleasure it afforded him but for temporary relief from oppressing cares.”

“In the role of a story-teller I regard Mr. Lincoln as without an equal,” recalled his law partner Herndon. “His power of mimicry and his manner of recital were unique. His countenance and all his features seemed to take part in the performance. As he neared the pith or point of the story every vestige of seriousness disappeared from his face. His gray eyes sparkled; a smile seemed to gather up, curtain-like, the corners of his mouth; his frame quivered with suppressed excitement; and when the nub of the story – as he called it – came, no one's laugh was heartier than his.”

There is so much more to Lincoln's character, leadership, and personality than I can do justice to in this one post. If you find him to be a model for an exemplary life or would like to learn more about him, I encourage you to read the following books about Lincoln:

Leave a Reply to Sandra / Always Well Within Cancel reply