Big Five Personality Traits: What Is Your Score?

How would you describe your personality? How would the people who know you well describe it?

Do you know your personality type, and if so, does it ring true for you?

Personality type is intriguing but sometimes confusing. However, understanding our own personalities and how others perceive us is a big part of self-awareness and emotional intelligence.

This awareness can also help you make better career decisions, have more empathy for others, and improve your decision-making abilities.

By embracing your own personality and how you are naturally wired to interact in the world, you can better manage your life to support your strengths and modify your weaknesses if necessary.

You can also learn to be more accepting of yourself and more aware of how to choose relationships that support who you are — rather than struggling to be someone you're not.

With so many personality tests and various theories on personality, it's hard to know which one best identifies the true elements of one's personality.

There is one theory of personality that seems to have a universal application regardless of language or culture — the “Big Five Personality Traits.”

Today, many personality psychologists believe that there are just five basic dimensions of personality, rather than the more complicated and varied personality traits in other theories.

The Big Five are broad categories of personality traits that exist on a continuum between two extremes. Most people lie somewhere in between the two ends of each dimension.

What determines where we fall on this continuum? Research suggests that both biological and environmental factors play a role in shaping our personalities.

What are the Big Five Personality Traits and what is your score?

To remember the Big Five Personality Traits, you just need to remember one word: OCEAN. This is an acronym for . . .

Each personality trait is scored on a scale of one to 100, with one being the lowest score and 100 being the highest. Let’s break down each of these traits in more detail, and go over a few tips and tricks to help you figure out which category fits you best.

Openness, the first of the five big personality traits, refers to your openness to new experiences.

It most often includes factors like intuition, intellect, and imagination. If you’re the kind of person who thinks well outside of the box, your openness score is probably fairly high.

Individuals with high openness scores are usually very insightful and creative. They tend to be very clever, have a great variety of interests, and prefer variety over routine in both their work and home lives.

They’re most often found in creative careers or hobbies, or they choose careers where they can use their intelligence and insightfulness to problem solve in creative ways.

Those who are low on the openness trait tend to . . .

When it comes to social behavior, do you tend to step outside the norms, or do you prefer to adhere to behavior that is traditionally considered socially acceptable?

If you said yes to the latter, you probably fall fairly high on the conscientiousness scale. People who score high on this trait tend to be very controlled and self-disciplined, as well as hardworking.

They are the kind of people that you find taking charge in stressful situations and following through on their goals and commitments.

People high in conscientiousness tend to do very well in leadership positions — their ambition and self-discipline allow them to succeed while helping others to do the same.

Most people fall somewhere in between extraversion and introversion. Those who are more extraverted gain energy from interacting with others, so they tend to be very socially confident and outgoing.

Extraverted people tend to be very energetic and outgoing. They are the center of attention at social events and are often the last to leave.

If you don’t fall on the extroverted end of the scale yourself, you may find that spending a lot of time with a group of extraverts leaves you drained and in need of some time alone to recharge. 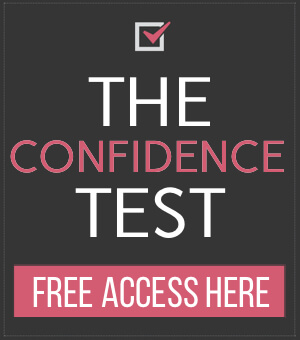 In a professional setting, those high in extraversion tend to thrive, as Western culture rewards the more extroverted traits. This is especially true for those who spend most of their time working with other people.

Taking a personality test in this instance might help you determine which career path is best suited to your natural characteristics.

People who rate low on extraversion tend to . . .

Do you get along well with other people? If so, you may have a high agreeableness score.

This factor often goes hand-in-hand with extraversion because it involves associating with other people.

However, extraversion looks at how actively you seek out interactions with others, while agreeableness takes a deeper look at how you treat the people you interact with.

They’re more sensitive to the needs and emotions of others and tend to be well-liked or at least respected by both friends and enemies.

Neuroticism is the only one of the five big personality traits that tend to indicate negative behaviors.

A lower score in this category indicates higher emotional stability and better control over your temper.

People who score high in this category are generally insecure, anxious, self-critical, and pessimistic. They get upset easily and can experience dramatic mood shifts.

They’re often unsure of themselves, even in areas where they should be confident because of prior experience or training.

People with high scores in this category aren’t necessarily mean or incompetent. They just lack an overall confidence in themselves which can compromise them in other areas of their lives.

Those who are low in this trait generally:

What Do These Traits Mean For You?

What do these five personality traits mean for you?

First, you need to figure out which categories you are strong in and which ones you are weak in.

Your first step should be to take a personality test, and there are a number of free tests online that can give you an idea of where you fall on the spectrum for these five personality traits.

These may be different from the kinds of questions you've answered in past personality assessments, but it’s a good place to start to get a good understanding of your personality.

For this particular test, you’ll receive a percentile score for each of the five categories.

For the first four (openness, conscientiousness, extraversion, and agreeableness) a high score is good. For the final category of neuroticism, a lower score is considered more desirable.

Where do you fall on the scale?

In general, the Big Five personality test can be a great tool to help you figure out where your strengths are and where you might still need a little bit of work to have the skills and traits necessary to land your dream job, succeed in your relationships, or just better understand yourself.

135 Great Philosophical Questions Everyone Should Ask Themselves

14 Ways To Understand Yourself Better

Learn How To Be Yourself In 10 Easy-To-Follow Steps

How To Listen To Your Inner Voice And Make Better Decisions

10 Clarifying Questions To Ask Your Unfaithful Spouse
How to Trust Someone Again When You’ve Been Hurt Or Betrayed
What Is Grit And How Do You Cultivate It?
9 Of The Best Neck Massagers [2020 Review]
47 Quotes On The Power Of Grit
8 Of The Best Natural Muscle Relaxers For Tension and Spasms
50 Killer Arnold Schwarzenegger Quotes And One-Liners
18 Of The Best YouTube Documentaries You Can’t Miss
No Motivation To Do Anything? 10 Ways To Ignite Your Drive

Take the test. Find out your ﻿personal﻿ score

Where should I send your test?