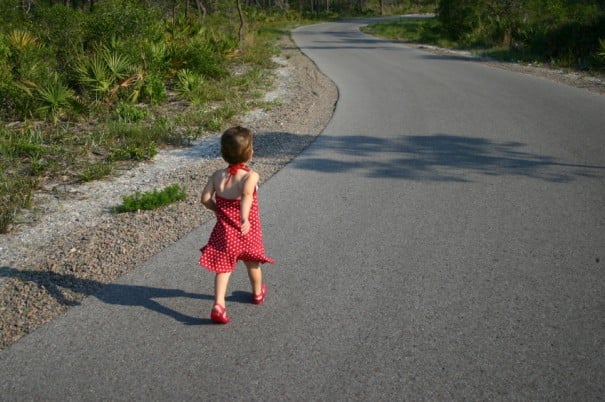 Part of living a bold life, a fearless life, is knowing when you just shouldn’t give a damn.

Sometimes we must have the courage, the guts, sometimes even the anger, to not care about the possible consequences so that we have the freedom to live life on our own terms.

In spite of the freedoms we’ve won as a nation over the last 236 years, in spite of civil rights, religious tolerance, women’s liberation, sexual freedom, and gay rights, we are in many ways less free to define and pursue happiness than we were when our country was young. In fact, we often have no idea what constitutes real happiness.

And sadly, this is of our own doing.

As we have advanced in technology and communication, we have eroded our capacity for discernment.

Discernment is a powerful word with a more powerful meaning: it means ” discrimination; acuteness of judgment and understanding.”

We have lost our ability to discern for ourselves who we really are and what is deeply meaningful and important to us. Our acuteness of judgment and understanding has been dulled by the constant input of ideas and expectations from our culture.

How Information Has Undone Us

We receive more information, news, and subliminal messages in a day than our grandparents received in a year or more. If you are reading this post, you have a computer and likely have been bombarded with advertisements, news flashes, tweets, and enticements to dig yourself even deeper into the labyrinth of the Internet.

Years ago, we were taught our values from our parents and other older, wiser mentors in our communities. It wasn’t all perfect or useful, but much of it was, and the information was based on years of accumulated experience and wisdom. It served as a foundation for personal discernment and self-sufficiency.

Today it seems as though there’s a vast conspiracy to brainwash us with BS. We are led like lemmings off a cliff toward the illusion of happiness, but in reality it’s all smoke and mirrors with nothing substantial to catch us before we hit bottom.

Here are some examples of why you shouldn’t give a damn.

The Courage to Live by Your Own Rules

Why have we allowed this to happen? How have we gotten sucked into the vortex of living a false life — a life that we never defined for ourselves?

It takes courage to say, “I’m mad as hell, and I’m not going to take it anymore!”

It takes courage to say, “This is my life, and I’m making the rules here.”

It takes courage to say, “I don’t give a damn what ‘they’ are doing or saying or admonishing or threatening.”

Here are eleven ways I have stopped giving a damn in order to live according to my own personal operating system:

1. I just don’t give a damn about impressing others. I used to worry a lot about what other people thought of me. It left me in a constant state of anxiety about how to act and “who” to be. No matter how hard I tried, I couldn’t impress everyone, and I was exhausted from trying to figure it out. I’ve taken the time to decide who I really am, and I simply live as myself. It is so liberating.

2.I just don’t give a damn about being right. It used to make me angry when I couldn’t prove my point or win someone to my way of seeing things. I wasn’t rude about it, but inside I thought I knew best. Now I have a beginner’s mind and realize there is more than one truth, and that I can learn from everyone.

3. I just don’t give a damn about having perfect children. Or at least my concept of perfect. They are perfect because they are themselves. But I can no more control their destinies than I can control the seasons or the tides. This poem by Kahlil Gibran on children is one of the greatest lessons I’ve ever learned.

4. I just don’t give a damn about making someone feel guilty. Playing the guilt game is a back-door strategy to manipulate and whine. I state my truth about my feelings and expectations without trying to force someone take action based on guilt.

5. I just don’t give a damn about having more things. I have come to recognize that the more things I own, the more time and energy they drain from my life. I could do with far less and be just as happy — maybe happier.

6. I just don’t give a damn about living up to the expectations of others. Not that I don’t care about others, but I can no longer let them define my choices or actions. As adults, we must take full responsibility for who we are to enjoy the full freedom of living. Sometimes this requires making others angry or disappointing them. There are times to make sacrifices, but only we should decide that for ourselves.

7. I just don’t give a damn about political correctness. Human decency, basic manners, and my personal values serve as my guide — not some bound up ideas about avoiding offense at the cost of common sense and reality.

8. I just don’t give a damn about the ideal of beauty. Believe me, I have struggled with maintaining my appearance as much as the next girl. But aging has given me the freedom to view beauty differently. I don’t even pretend to keep up with media standards.

9. I just don’t give a damn about most TV. Most television programs are mindless drivel — especially many reality shows. There are some great programs that are entertaining and uplifting, but I’ve become less and less dependent on TV to fill my time.

10. I just don’t give a damn about tolerating bad behavior. Deceit, chronic selfishness, unkindness, manipulation, and other adult bad behaviors are no longer worth putting up with on a regular basis. I’ve learned to release unhealthy relationships if there is no hope for healing or change.

11. I just don’t give a damn about failure. I don’t like it, but I’ve come to embrace it as a stepping stone to learning, achieving, and growing as a person. Now, rather than resist or deny it, I try to look for the lesson and the opportunity it holds and have a growth mindset.

Is there a circumstance in your life in which you’ve decided you just don’t give a damn? Are you fed up with living according to rules or expectations that don’t feel healthy or worthwhile?

Maybe it’s time to get mad as hell and proclaim, “I’m not going to take it anymore!” It could be the best thing that has ever happened to you.

38 thoughts on “When You Just Shouldn’t Give A Damn”