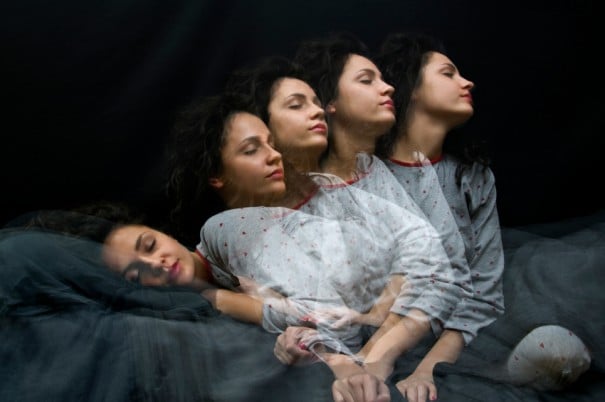 I will preface this post by telling you that I’m neither a believer nor a non-believer. I am a firm “I-don’t-knower.”

I read an article this week written about Steve Job’s sister, Mona Simpson, who gave a eulogy for her brother that was printed in Sunday’s New York Times. The article and Steve Job’s last words got me thinking about what happens at the moments of death and what might happen after.

According to Ms. Simpson, “Before embarking, he’d looked at his sister Patty, then for a long time he stared at his children, then at his life’s partner, Laurene, and then over their shoulders past them. Steve’s last words were: ‘Oh wow. Oh wow. Oh wow.'”

Those last words gave me a shiver and a moment of hope, maybe even a moment of anticipation.

What was Steve Job’s seeing?

What was he experiencing in those moments when he repeated “oh wow” three times?

Was it something beautiful? A loved one? God?

Or was he simply experiencing a surge in brain wave activity, a result of the brain’s neurons discharging as they lose oxygen from lack of blood pressure? Visual or auditory hallucinations are not uncommon in the hours before death which can be caused by medication or the dying brain.

Beyond deathbed hallucinations,the existence of so-called Near Death Experiences (NDEs), during which the dying report having mystical sensations before being resuscitated, is now widely accepted by doctors and scientists.

Although the cause is unknown, NDEs follow a consistent pattern involving  feelings of deep peace, followed by a sense of floating up and out of the body, then through a tunnel toward a bright light, and seeing previously deceased loved ones.

Although there is little argument that NDEs occur frequently and with consistently similar stages, there are many scientific, spiritual, and psychological theories as to what causes them. If you want to read more about these theories, check out this article.

But it all boils down to one question: does consciousness survive physical death or not?

There are compelling reasons to accept that it’s possible. Many NDEs involve the unconscious patient reporting on conversations in the room; brain dead patients having visions; and other phenomena that can’t be scientifically explained. However, none of these events proves that consciousness survives after death, and most of us aren’t able to converse with disembodied souls — unless you are the Long Island medium (a new reality show for those who don’t know).

Whatever was happening to him was happening while he was still physically alive. Whether it was medically induced hallucinations, a loss of oxygen to his brain, or real visions from the other side, it was his reality. And it was clearly compelling.

In those last moments, when his life was compressed to his deathbed, his family, and his consciousness, Steve Job’s experience of it was “oh wow.”

It makes me wonder whether or not our experience of dying might reflect our experience of living. Steve Jobs lived an “oh wow” life. He was a creator, an inventor, and a lover of learning. He seized every moment of life and continued to really live until his dying body wouldn’t allow it.

Even as he struggled physically in his final hours, his sister remarked, “But with that will, that work ethic, that strength, there was also sweet Steve’s capacity for wonderment, the artist’s belief in the ideal, the still more beautiful later.”

“He was working at this, too. Death didn’t happen to Steve, he achieved it.”

I don’t know if during my lifetime there will be any solid scientific proof for life after death. I tend to doubt it, even though there are many studies, experiments,  and articles on the subject.

It is a complex and controversial topic, but one that fascinates and taunts us. We all want to believe we’ll live on even when our bodies die. We want some certainty about it.

But perhaps our time now would be better spent studying life during life rather than life after death. Maybe we should embrace Steve Jobs’ example and live an “Oh wow” life so that when the moment of death arrives, it won’t matter so much what comes next.  In fact, not knowing what comes next might be the greatest gift of all for the living. At least that’s what Steve thought. What about you?

“Almost everything–all external expectations, all pride, all fear of embarrassment or failure–these things just fall away in the face of death, leaving only what is truly important. Remembering that you are going to die is the best way I know to avoid the trap of thinking you have something to lose. You are already naked. There is no reason not to follow your heart.” ~Steve Jobs

If you would like to read the full eulogy by Mona Simpson, please read The New York Times article.

A voice from the other side says, “Please tweet!”