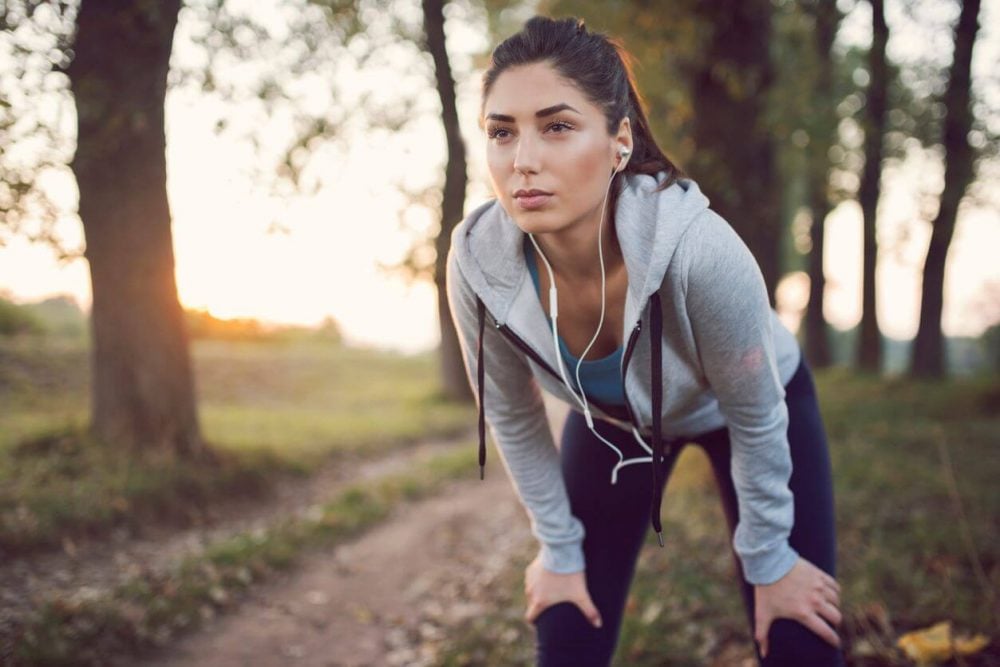 Have you ever wondered why some people seem to get so much done and know how to develop good habits?

When they say, ”I’m going to…” start exercising, eat healthily, get organized, read more, etc., they make it happen.

But when you try to go after similar goals, it’s a different story.

You might be able to stick to them for a while, but then, somewhere along the way, you always lose your motivation and quit.

When that happens enough times, it's easy to get frustrated and discouraged.

But creating and sustaining good habits doesn’t have to be so difficult and painful.

In fact, it can be quite easy. And even a lot of fun.

What's In This Article:
[hide]

Habits streamline and simplify our lives. When actions develop into habits, they become automatic, requiring little of the mental and emotional energy needed the first few times you attempt the action.

Most of us have tried and failed at habit formation. Think about all of the New Year's resolutions you've made that fade into obscurity by February.

As a result, we feel bad about ourselves, believing we don't have the willpower, self-discipline, or motivation to stick to our goals. Our self-esteem takes a hit, making us less likely to try again because we don't believe we can be successful.

But science tells a different story. Study after study shows that by following a particular approach to forming good habits, success is inevitable. You need less and less conscious attention and internal motivation to perform the habit.

By following this approach, you'll find that the habits you want to perform become second nature, and you'll even feel strange if you can't perform the habit for some reason.

How to Develop Good Habits and Make Them Stick: 11 Proven Strategies

Let's go over some of the strategies for building good habits that stick, confirmed by scientific research.

Most people want to create big change as quickly as possible.

They want to go from zero to four gym sessions every week, switch to a healthy diet overnight, and meditate for 20 minutes every day — even though they've barely managed five minutes in the past.

The problem, of course, is that this requires a tremendous amount of willpower. And research has shown that willpower works a lot like a muscle. If you use it a lot, it will get tired. And when it does, you'll be very likely to quit.

The solution to this problem is to start so small that it hardly requires any willpower at all:

Always focus on establishing the actual habit behavior first. Never increase the effort before it has become a natural part of what you do every day.

2. Begin with One Habit at a Time

If you're new to this method for building good habits, don't try to tackle more than one habit at a time. For example, you may have a goal to lose ten pounds through exercise and diet.

Rather than launching into both of these new behaviors at the same time, pick one and make it habitual before you begin the second. Choose the easier of the two. If it seems easier to reduce your calorie intake than to start a running habit, begin by cutting calories.

You may find that the first habit becomes a “keystone habit” that triggers and reinforces the next habit. You'll feel so motivated by losing weight through dieting that you look forward to supporting your success with an exercise habit.

3. Get Hooked on Your Habit

Have you ever noticed how hard it is to let go of a project when you’ve invested a lot of effort into it?

We can use this tendency to our advantage by using what comedian Jerry Seinfeld calls the “Don’t Break the Chain” strategy.

Seinfeld used this method to become a better comic by writing a new joke every day. Each time he completed his writing for the day, he put a big red X on that day on his calendar. Within a few days, he had a chain he didn’t want to break.

This is a very clever strategy you can use to create a visual reminder of how much effort you've invested in your habit. You'll likely find that the longer the chain grows, the harder you’ll fight to keep it going.

So, get a calendar, put a marker next to it, and get to work on your habit. Your only job next is to not break the chain.

4. Attach the Habit to a Trigger

Have you ever noticed how smokers tend to light up after certain cues? They may be triggered to smoke after a meal, with a cocktail, or with their first cup of coffee. The association between the cue and the smoking habit is so strong, it's virtually automatic.

You can develop this same association for positive habits by attaching them to existing automatic behaviors that cue you to perform the habit. A trigger might be getting out of bed in the morning, your morning shower, brushing your teeth, or any behavior you perform consistently every day.

Immediately after you finish the existing habit or daily action, perform your new habit. Over time, you'll find you don't even think about it. The one action naturally rolls into the next.

Try not to choose triggers that don't occur consistently at the same time every day. You want a routine that's predictable and consistent.

If you’re serious about your new habit, vague intentions like, “I'll try to hit the gym three times this week,” won’t cut it.

Research has shown that you'll be much more likely to follow through if you've decided beforehand exactly when and where the behavior is going to take place.

Here are three powerful strategies for doing this:

Research confirms that your partner's behavior and habits have a big influence on your own. So make a pact with your partner to work on a positive habit together and serve as accountability partners for one another.

Report back to one another each day on whether or not you practiced your habit (even if it's not the same habit) and discuss why you didn't follow through if you skipped the habit. A friendly competition and reporting system adds to your motivation to follow through.

If you don't have a live-in partner, find someone or something else to use as a system of accountability. You can even report your daily efforts on social media.

The Ultimate List Of Habits: 175 Positive Actions For A Better You

If you’re like most people, you’re much better at beating yourself up for a bad performance than you are at rewarding yourself for a good one.

When it comes to managing ourselves, we seem to prefer the stick to the carrot for some reason. And that’s a shame because research has shown that celebrating your progress is crucial for your motivation.

Each time you reward yourself for making progress, no matter how small, you activate the reward circuitry in your brain.

That releases some key chemicals which make you experience feelings of achievement and pride. These emotions, in turn, empower you to take action and create bigger successes in the future.

So, reward yourself for each step in the right direction, no matter how small they happen to be.

In many ways, your environment drives your behavior. Have you ever walked into your kitchen, spotted a plate of cookies on the counter, and eaten them just because they were in front of you? If so, you know what I mean.

Professor of psychology and bestselling author, Mihaly Csikszentmihalyi, provides an excellent framework to shape your environment to support your desired habits.

What he recommends is that you deliberately change the ”activation energy” of your habits.

The idea is that each one of your habits requires a certain amount of energy to get done. And the more activation energy it needs, the less likely you'll be to follow through and do it.

Let’s say you want to read more books, but you usually find yourself watching TV instead. What you need to do is:

By changing the activation energy of your behaviors, you can nudge yourself in the right direction.

9. Surround Yourself With Supporters

The people around us has a surprisingly big impact on our behavior. One study showed that if you have a friend who becomes obese, your risk of obesity increases by 57 percent — even if your friend lives hundreds of miles away!

Other research has shown that we tend to feel the same way, and adopt the same goals, as the people we spend the most time with.

So, one way to dramatically increase your chances of success is to make sure you have the right people in your corner.

If you want to create healthy habits but all your friends are unhealthy, it’s time to make some new friends.

And if you want to make big things happen in your life, but you’re surrounded by pessimists who drag you down, it’s time to create a support group who inspires you and picks you back up when you fail.

You’re the average of the five people you spend the most time with, so be selective about them.

10. Pre-Commit To Your Habit

Imagine it’s 6:00 am and your alarm goes off. Within seconds, your plan of going to the gym before work is in jeopardy as your brain starts rationalizing.

But then, you remember that you’ve promised a friend to meet up the gym at 7:00 am.

Or, that you’ve committed to your workout plan by sending a friend fifty bucks every time you fail to get to the gym before work.

Or, that you’ve declared publicly to your family/blog readers/Facebook friends to stick to your workout plan for thirty days.

Or, if necessary, all of the above.

Suddenly, going back to sleep won’t be such an appealing option. By pre-committing this way, you can add an extra layer of accountability that makes you push through even when it’s hard.

Whenever you're creating a new habit, adopt a ”scientist and subject” mindset. Consider everything you do a behavioral experiment where each setback provides valuable data for your next step.

Shift your attention away from the long-term goal and instead focus on showing up and doing your habit every single day.

If you stick to the process, the results you’re after will inevitably come as a side effect of your efforts.

Don't let this list overwhelm you. Having this plan in place will ensure you attack your next habit goal the right way. Remember . . .

These three main efforts will keep you moving in the right direction. And, if you neglect your habit on a particular day, don't let it throw you off track. Just start again the next day and don't fret about it.

Give yourself a few weeks (or a couple of months depending on the difficulty of the habit) for your new behavior to become automatic. Be patient with yourself and celebrate the small wins.

Before you know it, you'll become a habit master!

If you enjoyed this article, I highly recommend you check out my book, Sticky Habits: How to Achieve Your Goals without Quitting and Create Unbreakable Habits Starting with Five Minutes a Day.

It guides you step-by-step through scientifically proven strategies for creating and sustaining habits.

Everything is laid out in very simple, step-by-step explanations and action steps you can follow to put any habit you want in place — and keep it there.

4 thoughts on “How To Make Good Habits Stick: 11 Secrets From Research”