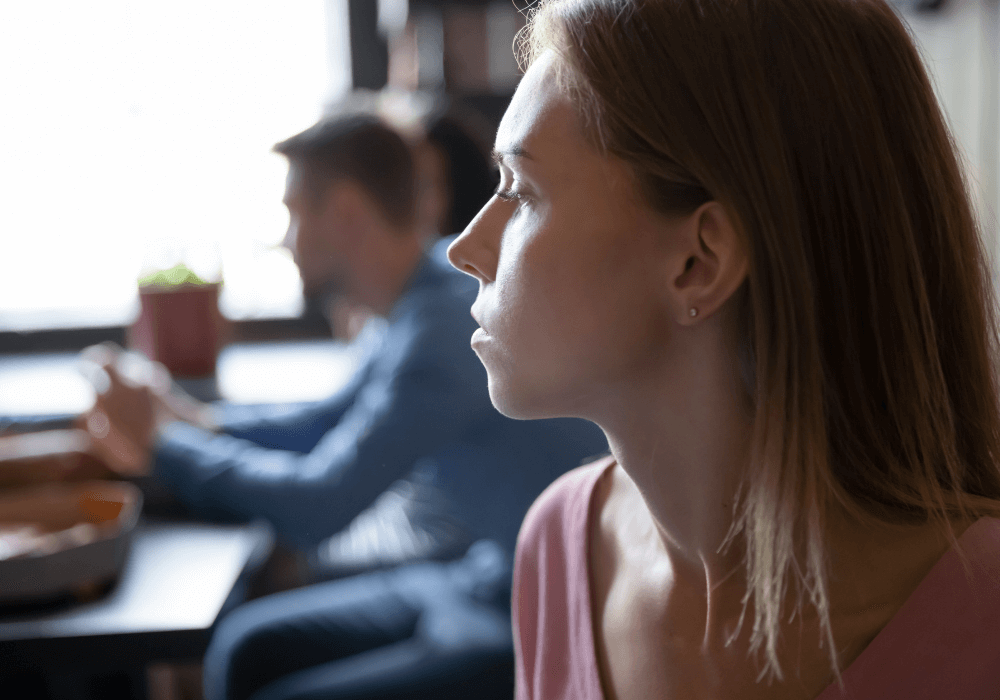 Negative people are everywhere. You can probably think of someone whose constant complaining and criticism makes it hard to be around them.

But when someone’s negativity starts infecting your own thinking, what do you do and how do I rid them of my life?

And if you’re thinking, “Well, aren’t we supposed to be there for those who just need to vent?” this isn’t about a little venting between friends.

This is about recognizing toxic negativity and knowing when and how to protect yourself from it.

Does Negativity Affects Us?

Research has shown that just 30 minutes of exposure to negativity — including negative programming on TV — actually peels away neurons in the brain’s hippocampus, which is critical to problem-solving.

In other words, even passive listening to other people’s complaints and cutting words makes you dumber.

And the negative effects don’t stop with your physical health and IQ.

There’s a reason we use the phrase “emotionally draining” to describe the time we spend around negative people.

It’s almost as if they use you as their personal battery charger.

And if you’re an introvert, and your social battery drains more quickly around others, toxic negativity takes an even heavier toll on your mental and emotional health.

So, the stakes are high enough to justify some corrective action.

Getting Rid Of Negative People (Tips and Strategies)

The simplest and most straightforward policy is to stay away from negative people — or avoid them as much as possible. But what if you can’t?

If this is a negative spouse — or if you’re surrounded by negative family members or co-workers — how do you minimize their effect on you?

You want to be there for them, but you also want to protect your mood (and your precious neurons) from the effects of their complaining and criticism.

Armed with the following tips, you’ll know how to get rid of negative people, whatever your situation, without losing your balance.

Before you can deal with them, you need to identify the negative people in your life.

Some of them complain about everything. Take them to a restaurant for a free dinner, and they’ll focus on everything they don’t like about the place, the meal, and the service.

Some criticize everyone (often behind their backs to anyone who will listen). They have cutting words for anyone who doesn’t agree with or obey them.

And some are perpetual victims for whom nothing goes right. In their view, the Universe either doesn’t care about them or sees them as a favorite punching bag.

And while there’s more to these people than their negative thinking habits, it’s hard to be around them for long.

2. Give yourself time to recover from a negative onslaught.

Don’t be in a rush to respond to someone’s complaints or harsh criticism.

Granted, keeping silent isn’t always an option. But keeping calm in your response to their rants can help to either defuse the situation or make it too risky for them to keep attacking you directly.

And this gives you time to recover and set up the boundaries you need to limit their access to you.

Related: 12 Of The Worst Negative Personality Traits That Are Truly Nasty

It’s best when you don’t have to hear (or read) whatever these career critics insist on saying about you to make themselves feel better.

You need your headspace for better things.

3. Don’t be afraid to cut people off.

Sometimes, the only way to recover and to protect yourself is to avoid negative people altogether.

If the only contact you have with these people is online, it’s easy enough to block their access to you by severing the connection.

If they have your phone number, you can block them from calling or leaving texts.

If necessary, you can also arrange for their emails to go directly to your “Junk” folder.

It doesn’t mean you’ll never re-connect with them, but don’t feel obligated to mend a relationship that benefits neither of you.

Real friends don’t expect you to take their abuse and then bend over backwards to appease them whenever you disagree.

The calmer you are in the presence of a negative person, the more power you have. Even better if you cultivate the habit of selectively ignoring their negative words.

Sometimes, you have to be a terrible listener. This is not one of those times when active listening will make you a better friend.

No one needs for their complaints or criticism to be repeated.

Give yourself permission to tune out the negative ranting as much as you possibly can and focus on content that can pull you both in a more positive direction.

And don’t take the bait if they try to steer the conversation back to complaints or criticism.

5. Take charge of the conversation.

If your friend has had a rough day, maybe ask them what they’re looking forward to. If they don’t volunteer anything, suggest something based on what you know about them.

If your conversation partner refuses to be deterred from their ranting, you have a few choices:

If this is someone you care about, number 1 will probably be your go-to option.

But if they insist on complaining or blaming and criticizing others, the conversation is unlikely to help either of you.

6. Be authentic and kind, but don’t be anyone’s emotional sponge.

There’s nothing wrong with being kind and offering a listening ear to those who seem troubled or upset.

But when someone abuses your willingness to listen to them by constantly complaining or criticizing others, you have the right to protect your own mental health by limiting their access to you.

Doing so might seem selfish or uncaring, but it isn’t.

When it becomes clear that someone doesn’t really want a solution to their problems — they just want to complain about everyone and everything that irks them — you’re not helping them by offering yourself as their emotional sponge.

You’re compromising your own mental and emotional health for something that benefits neither of you.

7. Know when to apologize — and when not to.

When you’ve harmed someone with your words or actions — even if you didn’t intend to — offer a genuine and wholehearted apology.

You would appreciate the same from those who’ve hurt you.

But to those who constantly criticize you and expect you to change, you owe nothing. What you owe yourself is permission to spend as little time around such people as possible.

You don’t need to change yourself or apologize for who you are to please anyone.

Generally speaking, negative people are better at saying what they don’t want or don’t like than what they do. You don’t have to stick around so they can remind you of that.

8. Spend more time around people who lift you up.

If you go to them feeling tired, they’ll recommend some overdue self-care and encourage you to do what you need to do in order to feel recharged and ready for anything.

Positive, nurturing friends know just what to say and do to make you feel special and cared for. They’re a walking health spa for your soul.

They don’t expect their life or yours to be perfect. And they don’t need for everything to go right in order to be grateful for what does — and for any good that comes out of what doesn’t.

You learn from them, and you know they can always help you put things in perspective. They’re who you want to be for others.

9. Create a positive, nurturing environment for yourself (and others).

You know your environment has a huge influence on your mood and your ability to think clearly. When you’re surrounded by clutter, you feel cluttered on the inside, too.

And when you feel out of sorts, your surroundings tend to reflect that.

Because the influence goes both ways, you can improve your mood and encourage positive thinking by keeping your living and working spaces clutter-free and pleasing to the eye.

Not only do you get a sense of accomplishment from improving your space, you get an emotional boost, and your head feels clearer and more awake.

Add some soothing or energizing music and some art that you love, and you create an environment that helps you either focus and create or rest and recharge.

A space like that makes it easy to align with Flow and open yourself to inspiration and other blessings.

10. Be a positive influence for others.

Becoming a more positive influence for others starts with how you see yourself and the life you’re living.

The more attached you are to outcomes, the more likely you are to be disappointed or to blame yourself if things don’t turn out as you visualized.

When you open yourself to what Love wants for you and let go of your expectations and attachments, everything changes.

You become open to receiving all the good things Love wants to send you — including the answers to all your needs. You become a conduit for blessings.

And if you can help others do the same, they can feel free to leave the negativity behind them.

Are you dealing with negative people?

Ever tried getting through the day without complaining even once?

It’s humbling. Only when you try do you realize how often you blurt things out when you’re stressed.

Don’t beat yourself up, though. A slip-up now and then doesn’t make you a negative person. The important thing is to keep trying.

Truly negative people don’t see any point in trying. And they’re excellent at making you feel stuck in the same guilt or fear that dominates their thinking.

Guilt keeps you trapped in the past, while fear keeps you fixated on the future. Both interfere with your ability to focus on and enjoy the present.

With that in mind, mindfulness meditation can be a great help in protecting yourself from the influence of habitual complainers and critics.

Practicing mindfulness can also help you heal from that influence and make necessary changes to your routine and environment.

May these tips and a new mindfulness practice help you become the person you want to be.