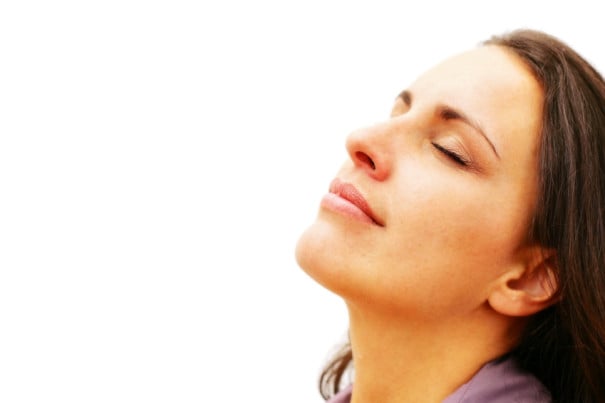 You already know this, but it bears repeating: your mental and emotional state impacts your health.

And your health impacts your mental and emotional outlook.

In Western culture, we tend to neglect both.

We are overweight, sedentary, and stressed. And even if we take care of our physical health, many of us still feel overwhelmed, over-scheduled, stressed, anxious, angry, or depressed,

We ignore or suppress these feelings — until they cause physical symptoms. Then we can no longer blow off the mind-body connection as new age hooha. The evidence is staring us in the face.

Although there have been many relatively new studies and reports on the relationship between physical and emotional/mental health, it is not a new discovery.

Up until just about 300 years ago, almost every system of medicine and healing in the world treated the mind and body as a whole. But during the 17th century, the Western world began to view the mind and body as two distinct entities. They begin to treat the body like a machine with replaceable, independent parts that had no connection to the mind.

Some elements of this disconnected viewpoint were positive. During this time, there were great advances in surgery, trauma care, pharmaceuticals, and other areas of medicine. But there was little scientific inquiry into our innate ability to heal through our spiritual and emotional lives.

In the 20th century, this view gradually started to change as integrative medicine became more mainstream. Researchers began to study the mind-body connection and scientifically demonstrate the links between the body and mind.

Mind-body specialist Dr. James Gordon, founder and director of The Center for Mind-Body Medicine, reminds that the mind and body are essentially inseparable as “the brain and peripheral nervous system, the endocrine and immune systems, and indeed, all the organs of our body and all the emotional responses we have, share a common chemical language and are constantly communicating with one another.”

One of the most mind-blowing demonstrations of the mind-body connection was revealed over a decade ago. People with multiple personalities who were allergic to strawberries or had symptoms of insulin-dependent diabetes when exhibiting one personality did not have those physical problems when in another personality state. They experienced entirely different reactions within the same body!

Another frequently cited clinical case of the placebo effect is that of a patient with lymphosarcoma. His pre-terminal condition went into remission almost totally for two months while he was receiving injections of Krebiozen, an experimental drug he believed would cure him. Then after learning the drug was useless, he relapsed.

His physician later reactivated the patient’s faith in the medication by giving him placebo injections described to him as a more potent form of the same drug. The patient once again recovered, only to relapse and die several months later after discovering from a nationwide announcement that Krebiozen had no therapeutic value.

And more recently, David Seidler, who won an Oscar for best original screenplay for the movie “The King’s Speech,” claims to have visualized his bladder cancer away. Seidler says when he learned his cancer had returned after his initial treatment, he decided to visualize a “lovely, clean healthy bladder” for the two weeks before a scheduled surgery. The cancer disappeared. He’s been cancer-free for more than five years.

“I spent hours visualizing a nice, cream-colored unblemished bladder lining, and then I went in for the operation, and a week later the doctor called me and his voice was very strange,” Seidler says. “He said, ‘I don’t know how to explain it, but there’s no cancer there.’ According to Seidler, the doctor was so confounded he sent the tissue from the pre-surgical biopsy to four different labs, and all confirmed they were cancerous. (Source: CNN.com)

If you need more proof of the connection between mind and body, here are some important facts compiled by The American Psychological Association:

If you need more proof of the connection between mind and body, here are some important facts compiled by The American Psychological Association:

What you can do

So what does this mean for you and your mental, emotional, and physical health and longevity?

For starters, it means you have much more control of your health and well-being than you might think.

You already know the importance of exercising and staying physically active throughout your life.

You know how important it is to eat a healthy diet that includes loads of fresh vegetables, fruits, nuts, and grains.

You know that with just a few small changes, you can create a healthy lifestyle that will help you feel better, look better, and live longer.

But . . . are you really embracing the “mind” part of the mind-body connection? Are you practicing stress-reducing, life-affirming strategies on a regular basis to support your long-term health?

Here are 5 practices for self-healing that you might try to affect these positive changes for your health:

Meditation is the cessation of the thought process through focused awareness, usually on breathing. During meditation, through breathing and stillness, you focus your attention and release the random thoughts that crowd your mind and created stress.

The goal is to reach a state of “thoughtless awareness” that provides profound, deep peace. It has been shown to reduce stress and anxiety; improve learning and memory; lower blood pressure and reduce the risk of heart attack and stroke; lengthen attention span; reduce pain, and enhance creativity. Read more about meditation here.

Yoga is a mind-body practice combining stretching exercises, controlled breathing and relaxation. It helps reduce stress, lower blood pressure and improve heart function. Yoga requires physical and mental disciplines to achieve peacefulness of both your body and mind to help you relax and manage stress and anxiety.

The practice involves a series of movements designed to increase strength and flexibility. Yoga poses can involve simply lying on the floor while completely relaxed to much more difficult postures where you are stretching your physical limits. Also, breathing is an important part of yoga, as breath signifies your vital energy.

~Greater awareness, calmness, and overall sense of well being

There are a variety of styles of tai chi, but they all involve slow, gentle movements, deep breathing and meditation — sometimes called “moving meditation.” Tai chi is believed to improve the flow of energy in the body, leading to better health and providing a wide range of benefits. Find out more about Tai chi here.

One of the quickest, most efficient ways to trigger the relaxation response is by controlling your breath. Not only will deep breathing lower your blood pressure, but recent research reveals it can increase antioxidant levels in your blood, helping protect you from  stress and the related conditions associated with it such as heart disease, hypertension, Alzheimer’s disease and aging.

You can further increase the health benefits of breathing by practicing a few minutes of deep or complete breathing every day. The complete breathe, which is practiced in yoga, involves the entire respiratory system and employs all of the muscles.

Research has shown that positive thinkers are less likely to develop heart problems such as high blood pressure and cardiovascular diseases. In fact, they generally live longer overall. In a 15-year study of more than 100,000 women, those with a positive outlook were 14% less likely to die in an eight-year period than their unhappy counterparts, according to the National Institutes of Health Women’s Health Initiative. In fact by visualizing happy memories and events and envisioning positive outcomes, you are actually changing your brain chemistry.

As Norman Doidge illustrates in his book, The Brain That Changes Itself,
visualization is experienced neurologically (as evidenced in many MRI studies) in the same way as the action itself.

When we visualize a physical activity, the same neurons are activated as when we actually perform the activity — the brain doesn’t know the difference! Not only does the brain respond identically, but it experiences practice effects through visualization. This has huge implications for our physical and mental well-being.

What mind-body techniques are you practicing in your own life? How have they impacted your health and your general sense of well-being? Please share your thoughts in the comments.

15 thoughts on “The Mind Body Connection: 5 Practices For Self-Healing”