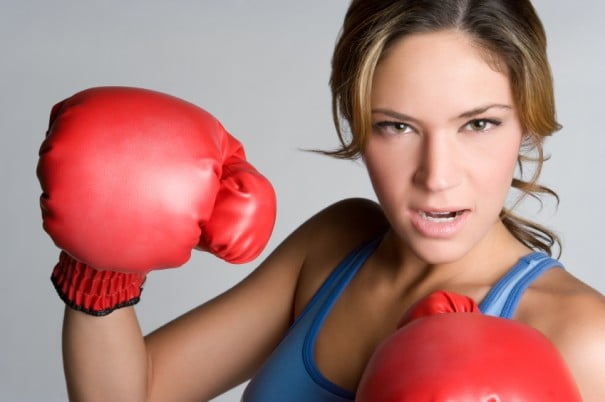 Welcome to the world of Paradoxical Intention, a wonderful technique pioneered by Victor Frankl who wrote a book called Man’s Search for Meaning (a definite must-read).

For anyone unfamiliar with him or his work, Viktor Frankl was a psychologist who was a Holocaust survivor and was in the concentration camps during World War II.

He ultimately lived to the age of 92.

His book is an account of his experiences while imprisoned, and the discoveries he made about human nature when we are put through such extreme and dire conditions.

Toward the end of the book, Dr. Frankl talks about some of his therapy methods, one of which is called Paradoxical Intention.

It is an incredibly powerful technique — one of the best I’ve ever come across.

When I speak to people to Paradoxical Intention, or P.I. as I call it, they look at me thinking I’m talking about an 80’s TV show with some dude called Magnum who’s drive a really cool red Ferrari (which actually which actually looks like a squashed London bus if you ask me).

Nope, P.I. is a superb technique for overcoming strange neurotic conditions that many of us will acquire over the course of our lifetimes. These conditions often result in physical manifestations.

I’ll give you two quick examples:

1. People who suffer from conditions like shy bladder and can’t pee in public places.

2. People who get nervous being in social settings and sweat profusely — to the point that Niagara Falls would look like a garden feature in comparison.

Both of these conditions can be attributed to mental states.  If you think otherwise, ask yourself, why are these people not suffering from those conditions all the time?

The answer is simple. It’s because they almost hypnotize themselves to suffer from those conditions by the way they think.

P.I. is a counterintuitive way of coming to grips with the conditions I’ve mentioned, as well as a whole variety of other conditions. It’s a way of actually facing the condition head-on, and intentionally trying to make it worse so that it will ultimately get better. If you’re confused right now, then intentionally try and be more confused, and you’ll then understand what it is.

So if we take the shy bladder case and apply P.I. to it, here’s what you can do. If you were a shy bladder sufferer, a bit like me, instead of trying to overcome it by telling yourself, “Just try and relax and the pee will come,”  try something like, “Let’s see how long I can hold it in.”

In essence, you’re turning the condition on it’s head by making it worse than it is, thus taking your focus away from the condition. You’re taking your problem and intentionally intensifying it. What that does for most people is allow them to subconsciously tackle the problem head-on and relieve the anxiety around it.

Different Ways P.I. Can Be Applied

Any one who is a fan of the Rocky movies will remember how Rocky would sometimes taunt his opponents, let them hit him, and he’d respond with, “Is that all you got? You hit like my mother!” What did that do? It threw his opponents off and made him more relaxed.

When I play sports competitively, and I play against someone much better than me, I do exactly the same. I want them to know that they haven’t phased me. I can still have fun and enjoy myself, but most importantly, I’m relaxed because they don’t intimidate me.

Also, when things are going wrong for me in my life, they usually go wrong in two’s, three’s and four’s. It’s never a single event that comes to test me. So instead of questioning why this is happening to me, I tend to think, “Is that all you’ve got? C’mon, that would’ve had trouble making a 3-year-old cry. Gimme some real venom!”

You can see straight away what the effect would be. It would be a way of looking your enemy in the face and saying, “Ha! Even your worst can do me no harm!” It takes the sting and fear out of the situation.

The Rules Of P.I.

1. If you have some kind of affliction, or you’re going through a tough time, ask yourself how can you make your intention of it even bigger than the test itself? Refer to my examples above.

2. Once you’ve figured out how, put it to the test! See how it affects your situation.

3. Remember, the P.I. must be bigger and worse or more intense that the problem itself to be truly effective.

Do you have questions about P.I.? Get in touch with Amit Sodha. Amit is a life coach, writer, speaker, comedian, magician and founder of The Power of Choice

26 thoughts on “A Quick Guide to Paradoxical Intention”