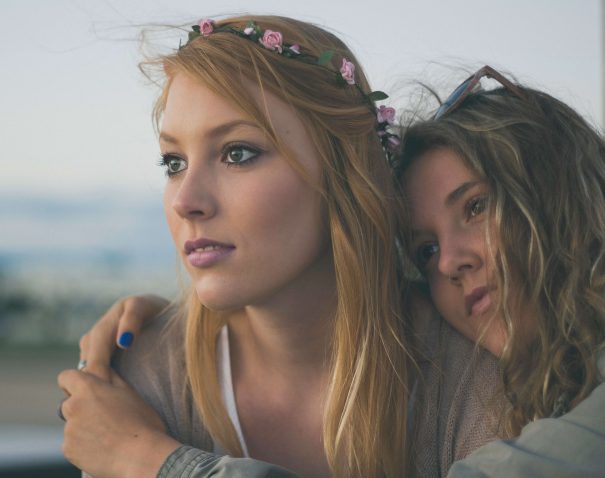 Here’s an unbelievable (but true) story.

In an article in the Association for Psychological Science, the writer shares a story about a strange event that occurred at a Tennessee high school in 1998.

A teacher in the school noticed the smell of gas in her classroom and soon felt dizzy and nauseous. Shortly after she was whisked away by ambulance to a nearby hospital, many students and staff started feeling ill as well.

By the end of the school day, 100 people went to the emergency room with symptoms they thought were related to exposure to gas at the school.

However, the symptoms could not be explained by medical tests. In fact, even extensive environmental tests at the school concluded that no toxic source could be the cause, according to results published in the New England Journal of Medicine.

So what was up? All of these people legitimately felt ill, but why did they get sick?

The culprit wasn’t a toxin, a bacteria, or a strange virus running rampant at the school. It was a phenomenon known as mass psychogenic illness. It is a documented scenario in which symptoms of an illness are passed from person to person — but specifically among people who have seen one another. One person gets sick when they witness another person sick.

This is an extreme example of how we “catch” the feelings, symptoms, and behaviors of others simply by being around them. Though we may not be aware of it, our daily lives are filled with situations in which we infect or catch an emotion from someone else.

Psychologists, anthropologists, and neuroscientists have researched this contagion and how and why it occurs, and they have learned that it appears to involve both biological and social processes. We are hard-wired for empathic feelings to a certain extent, and through our experiences and interactions with others, we learn to mimic their behaviors, both for good or ill (no pun intended).
So what are the behaviors that we tend to spread around?

Here are 9 behaviors that are highly contagious:

You’ve likely experienced this many times. The person you are with yawns, and you follow suit. I’m stifling a yawn even as I write this sentence. Maybe you are yawning right now.

Studies have shown that just seeing pictures or videos of yawning faces can provoke contagious yawning.

Robert Provine, a neuroscientist and expert on yawning, says that it’s an ancient and autonomic reflex stemming from early evolution. Scientists have observed contagious yawning in chimpanzees, humans, baboons, bonobos, wolves, and even dogs.

Within the same species, yawn contagion is highest between strongly bonded subjects.

According to a University College of London study, laughter is contagious, even if you’re not in on the joke.

The brain responds to the sound of laughter and signals the muscles in the face to respond.

Says Sophie Scott, a neuroscientist and researcher for the study, “We’ve known for some time that when we are talking to someone, we often mirror their behavior, copying the words they use and mimicking their gestures. Now we’ve shown that the same appears to apply to laughter, too–at least at the level of the brain.”

Laughter is a significant part of social connection, and some scientists believe our human ancestors may have laughed in groups before they could speak, making laughter a precursor to language.

Nicholas Christakis, a Harvard Medical School professor of medical sociology and of medicine, has researched emotion contagion in social networks. His research has revealed that happiness may be a group phenomenon.

Says Christakis, “Just as some diseases are contagious, we’ve found that many emotions can pulse through social networks.”

If you have a happy friend who lives near you, it appears to increase the probability that you will be happy as well.

Christakis and other researchers found happiness contagion between next–door neighbors, siblings that live nearby, and spouses.Positive feelings continue to move from person to person, even when there’s no longer a direct connection to the original happy person.

You don’t even have to have an in-person encounter to spread the happiness bug. One of the largest studies of Facebook examined the emotional content of one billion posts over two years.

Researchers in the United Kingdom have shown that anxiety can be passed from parents to children and from children to parents.

The contagious nature of anxious thoughts and actions occurs beyond just genetics, according to the study which was published in The American Journal of Psychiatry.

Says Professor Robert Friedman, editor of the Journal, “This study is a landmark, because it is the first to clearly establish the early transmission of anxiety symptoms from parents to children, not through their shared genetic background, but rather from the way in which anxious parents raise their children.”

Other studies have shown that anxiety and stress can be passed around the workplace like a bad case of the flu, especially among teams of people working closely together.

A new study finds that rudeness in the workplace is contagious, which is probably not surprising if you’ve worked in a group of people.

With rudeness contagion, it’s the expectation of the behavior on the job that causes people to behave more rudely to others.

A California Institute of Technology study shows that people can “catch” a propensity for risky behavior if they spend time near people who are risk-seekers.

The researchers analyzed the behavior of people risking money, and they found that those observing risky behavior in others were more likely to take risks themselves.

As part of the study, the researchers tracked the participants’ brain activity to determine what was happening as they observed risk-taking in others.

The scans showed activity in a brain region called the caudate nucleus, which is linked to risk assessment. The activity changed after the participants watched others seek out risks.

When you observe someone smiling, the mirror neurons in your brain stimulate a sensation associated with smiling (the cingulate cortex), causing you to smile yourself.

The good news with this contagion is that when you smile at someone, their brain coaxes them to smile back. This response fosters a symbiotic relationship and releases the “feel good” chemicals in your brain.

It also activates reward centers, making you both more attractive and improving your health and longevity.

This is one contagion that you want to catch.

According to research, simply observing someone who’s cold can make you feel cold, too.

The researchers found those who watched the ice water video had colder hands themselves, while watching the other videos prompted no change.

The same study found that merely looking at someone who is cold can actually make your own temperature drop.

According to Neil Harrison, the neuropsychiatrist who led the study, “Mimicking another person is believed to help us create an internal model of their physiological state which we can use to better understand their motivations and how they’re feeling.”

Children of depressed parents are significantly more likely to be diagnosed with depression. In fact, one family members’ depression can bring down an entire family dynamic.

According to an article in Psychology Today, “Usually, such depression is disguised as physical illness or a general air of irritability and negativity. Family members withdraw into their own spaces, in the protective custody of a TV or computer. And pessimism, sarcasm or silence becomes the dominant style of family communications.”

Whether they are positive or negative, emotions and behaviors are contagious. We are social creatures, hard-wired to respond to those around us, but most of us aren’t aware of the emotional and physical impact we have on others and others have on us.

With a little more awareness, you can use this new knowledge to dramatically improve your mood and your quality of life by simply paying more attention to the people around you. Are their moods and behaviors reflective of what you want in your own life? If not, it’s time for action.

Surround yourself with happy, positive, smiling people who exhibit peace of mind and enjoy a good laugh. Cut back on time spent with rude, difficult, or stressed people who can drag you down.

When you’re around friends or family members who are depressed or anxious, exhibit positive and happy feelings that can infect them and lift their moods, but be aware of mentally protecting yourself against catching their negative emotions.

Envision yourself surrounded by an impenetrable white light of love and happiness that spreads outward to those around you, but that protects you from any negativity or unwanted behaviors.

Use your own emotions as a power for positivity and kindness that spreads to everyone you meet.

2 thoughts on “9 Behaviors Proven To Be Highly Contagious”