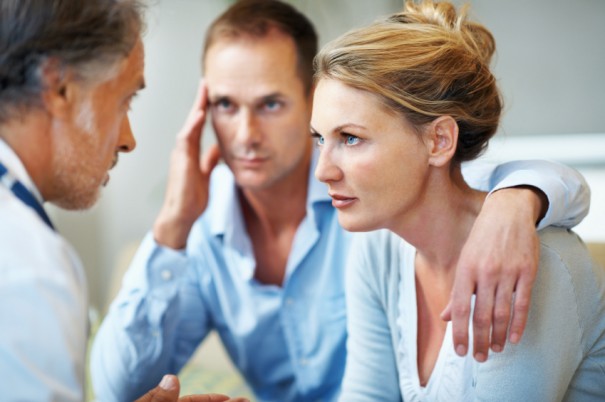 A guest post by David Singer of Six Simple Rules

Late last year we went through a challenging few weeks at home when our teenage daughter battled a significant, but fortunately temporary, illness. It was an experience that was extremely unnerving, to say the least.

Just before this past Thanksgiving, my daughter Julie, age 17, came home from school complaining that she felt sick. She had a fever and so she took some Tylenol, went to bed early, and skipped school the next day, the day before Thanksgiving.

She then spent all Thanksgiving day in bed, suffering from headaches, fever, lack of appetite, and complete exhaustion. We brought her to the pediatrician on Friday and the doctor said it appeared that Julie had a bad virus.

From Bad to Worse

That weekend, Julie’s symptoms continued to increase in severity (excruciating headaches, fever, no appetite, and barely able to get out of bed) and she began to suffer from additional symptoms (nausea, vomiting, and a sensitivity to light).

On Sunday, we took her to the ER where they examined her thoroughly, took blood to look for infections or mono, and did a chest x-ray to look for pneumonia. All tests were negative and the doctors continued to say this was likely a virus. We kept giving her Tylenol and Advil and making sure that she stayed hydrated.

The following Tuesday, with Julie growing weaker because she hadn’t eaten anything in a week, we spent the day in the hospital where they ran more tests. At the end of the day, the doctors told us that the only test they hadn’t yet done, but wanted to hold off on, was a spinal tap to check for spinal meningitis.

They explained that the bacterial form of meningitis was deadly, but that it was so debilitating, we would know she had it by the way she would look and act and feel. Other than the peace of mind we would get with a confirmed diagnosis of viral meningitis, as long as she wasn’t getting worse, there was no reason for the invasive test because the treatment would be to simply wait it out.

On Thursday, with Julie making no progress (though also not worse), we saw an infectious disease specialist. He concurred with the likely diagnosis of viral meningitis. While Julie and my wife, Marcie, and I were very frustrated with the lack of progress, the doctor assured us that he felt confident with the diagnosis—in fact, he felt that Julie didn’t look that bad.

On Saturday (day 12 of Julie’s illness), I got Marcie to leave the house for a few hours. When Marcie left the house she was upset because Julie hadn’t gotten out of bed yet, deflating Marcie’s positive feelings about Julie having come downstairs the prior day.

While Marcie was out, I got Julie downstairs and fed her a sliced apple, by far the most she had eaten in nearly two weeks. When Marcie texted me from a store to ask for an update, I wrote, “Happy to report that Julie is downstairs. Ecstatic to report that she ate an apple!”

Unfortunately, my text message gave Marcie a false sense of what she would see when she came home, because when Marcie saw Julie looking the same way as when she left, Marcie burst into tears.

Marcie is normally the rock in our family, but she was having a lot of trouble dealing with the uncertainty of the situation—the diagnosis of “most likely” viral meningitis and a prescription of “wait and see” kept Marcie worrying, “What if it’s something worse and we’re losing valuable time by not treating it?”

It was an understandable concern, and while it’s important to be your daughter’s advocate, leaving no stone unturned as you seek to help her recover from illness, I told Marcie that we needed to put negative thinking out of our minds for our sanity.

I tried to console Marcie and to reason with her. I reminded her what all the doctors had said, that the critical thing all along had been that Julie wasn’t getting worse, and now the key was that she was getting better, even if the progress was excruciatingly slow.

Marcie calmed down. Then, late that evening, Marcie’s imagination took over once again. She shared with me her dire concerns and we had a bit of a fight when I got upset at her for bringing me down with her negativity.

I urged her to adopt the coping skill of optimism—easier said than done for someone for whom it doesn’t come naturally. I reminded her that feeling that everything is going to work out will help to keep her sane and that it’s critical to see the glass as half full—for example, the apple Julie ate being huge progress worthy of celebrating.

Julie’s recovery continued at an extraordinarily slow pace and fast-forwarding the story, she finally went back to school after missing nearly four weeks, just in time to get in a few days before Christmas break.

The Power of Optimism

We were thrilled that Julie was feeling much better, and in another bit of positive thinking, we were happy to have the Christmas break come just in time for Julie to get additional recovery time, as well as catch-up time for her school work (she wasn’t able to get any school work done when she was home sick because even when she wasn’t nauseous or headachy, she was too exhausted to concentrate.)

As she recovered, Julie and I talked about the fact that while the ordeal had been frustrating and disrupting for her, in the not-too-distant-future the painfulness of this memory would fade and it would become an interesting story that Julie would find herself telling to her new college friends the following year.

I also couldn’t help but think, and point out to Julie and Marcie, how much more disruptive this would have been had Julie gotten sick the prior year, when she was a high school junior, taking SATs and working on her GPA. Or worse, if she had gotten sick the following year as a college freshman she almost certainly would have had to repeat a semester.

That’s the way my mind works, and I’m grateful for it. I think about the ways we are lucky that things work out, even in situations that are pretty much 100% negative (the same way you hear someone saying, “He’s lucky to be alive,” when a person is in intensive care after a near-fatal car accident.)

Optimism and positive thinking are all pieces of being happy and having a better life. The importance of our focus on measuring Julie’s progress is a microcosm of the importance of measuring progress instead of perfection in all aspects of life. And there were plenty of opportunities to practice focusing on progress during this experience.

What have you been through lately that was traumatic at the time, but yielded many opportunities to look for the positive? Join the conversation with your stories…