This is an excerpt from my book Building Confidence on how to overcome shyness. If you’re struggling with low confidence and shyness, check out this book and learn the evidence-based skills to boost confidence and manage social anxiety and shyness.

Low confidence often is the result of some form of social shyness.

“Shyness,” according to Psychology Today’s definition, “is the awkwardness or apprehension some people feel when approaching or being approached by other people.”

Unlike introverts who feel energized by time alone, shy people often desperately want to connect with others, but don’t know how or can’t tolerate the anxiety that comes with social interaction.

Do you recognize yourself as socially shy?

If so, you aren’t alone. Nearly half of all Americans claim to be shy, and it appears a shyness epidemic is on the rise.

Technology is contributing to this surge in shyness, as more and more people can hide behind their computers and avoid face-to-face interactions.

Even moderately shy people now have an excuse to avoid social interactions and new situations. All they need for company and companionship is at the push of a button.

The diminishing opportunities for face-to-face communication in personal and professional life put shy people at an increasing disadvantage, as they don’t get to practice social skills within the comfort of daily routines.

Even before the popularity of online socializing and cyber connections, shyness was a surprisingly common issue among many Americans, and even more common in other cultures like Japan and Taiwan.

In 1975, Stanford University psychologist Philip Zimbardo, PhD, wrote an article for Psychology Today entitled “The Social Disease Called Shyness.” The article underscored the pervasiveness of shyness, with 40% of the 800 people questioned stating they were shy.

Many of self-described shy people don’t appear shy at all to others.

Recent studies on shyness suggest most shyness is hidden from others. In fact, only a small percentage of shy people, about 15-20%, appear to be obviously ill at ease — but all suffer internally.

Their mild-mannered exterior conceals roiling turmoil inside. The shy disclosed that they are excessively self-conscious, constantly sizing themselves up negatively, and overwhelmingly preoccupied with what others think of them. While everyone else is meeting and greeting, they are developing plans to manage their public impression. 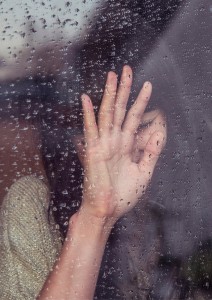 The majority of shy people spend agonizing amounts of time and energy trying to hide their shyness.

While they may seem comfortable and confident in social settings, they’re often engaging in a negative and self-defeating inner dialogue, feeling awkward, insecure, and questioning how they’re being viewed or judged by others.

Shyness, whether concealed or obvious, wreaks internal havoc for those who experience it.

There are a wide variety of causes of social shyness in adults. These include one’s culture (Westerners tend to be less shy in general than many Eastern cultures), as well as parenting styles and bonding, temperament, heredity, and life experiences.

Regardless of the cause, however, most issues with shyness can be managed and overcome.

A good place to start is with self-awareness and understanding how you are shy. Think about the situations that make you feel shy, such as meeting new people, being in social gatherings, or talking to a potential romantic partner.

How does your shyness manifest — internally through self-consciousness and anxiety, or in your behavior such as your posture, loss of words, or withdrawal from others?

If you experience internal and physical symptoms of anxiety as part of your shyness, relaxation techniques such as conscious breathing can help bring the symptoms under control.

You must be mostly free of anxiety symptoms in order to begin new, more confident behaviors.

Simply understanding yourself and the way shyness affects your confidence can help you begin to address the problem.

In social situations, there are several techniques you can try to help overcome shyness and rebuild your confidence.

Here’s how to stop being shy with 6 proven methods:

1. Start with small and non-threatening situations.

These might include malls, museums, or events where you can interact with a lot of people for a brief period of time.

You can begin practicing social engagement by smiling and saying “hello” to as many people as you can. Ask someone for the time, .

Find simple ways to practice talking with people. Manageable exposure to intimidating situations will slowly help you overcome your fears.

Have several topics ready to talk about with people you meet — perhaps a current news event or a comment about the surroundings.

Ask open-ended questions and follow-up with comments about the person’s answers.

You can even practice some of these topics by yourself before you’re in the situation.

3. Remember most people aren’t really that focused on you.

People are far more interested in their own appearance and conversation.

They aren’t nearly as focused on your social skills or lack thereof as much as you fear. That reality alone should relieve some of your angst and discomfort.

4. Make a point of seeing what you’ve done well.

After a social interaction, rather than latching on to your perceived flaws and flubs, focus on what you did well in the situation, how you overcame a shy moment and felt confident.

With practice, you will have more and more successes.

Many shy people hold themselves up to impossible standards of perfection when it comes to social situations.

When they fall short, they’re highly self-critical. You don’t have to be the life of the party in order to have a successful interaction with people.

Create realistic goals for yourself before you embark on a social situation.

6. Accept that some rejection is normal.

Everyone, whether or not they are shy, experiences some form of rejection by others from time to time.

Not everyone will like you, and that’s okay. Manage your expectations in this regard as well.

More often than not, rejection has nothing to do with the person being rejected.

Your goal is to make regular attempts to socialize with others and realize some will work out and some won’t. Focus on the interactions that work.

If you suffer from low self-confidence in social situations and experience a level of shyness preventing you from enjoying being with other people, begin to take small and manageable actions to address the issue.

Every small success will lead to incremental improvements in your confidence.

Don’t hide behind your computer, make excuses for not attending events, or avoid meeting new people. You’re only holding yourself back from potential relationships that could bring you joy and expand your horizons.

Engage in life by reconnecting with real people, and allow others to experience all of the gifts you have to offer.