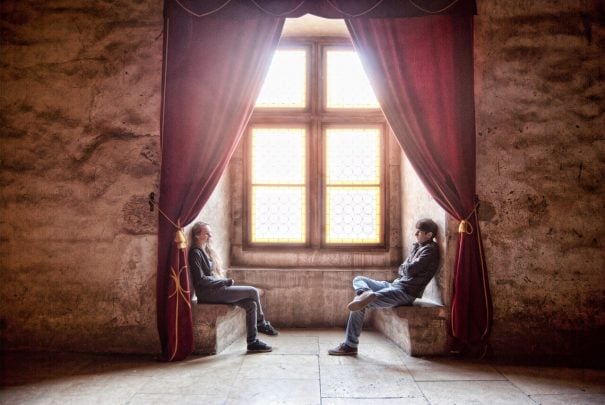 There’s no way around it: living a full life means embracing conflicts with other people.

In the course of a typical week most of us will encounter coworkers, friends, and family members who have their own beliefs, preferences, tastes, intentions, and plans.

Unfortunately, while most of us would like to think we’re flexible and creative as problem solvers, research suggests that we’re first and foremost conflict averse, biting our tongue or actively taking steps to avoid potential conflict with others.

Whether it’s a work colleague’s bad idea, a roommate’s annoying habit, or an in-law rattling on about politics, many of us would rather shut up (rolling our eyes or complaining to friends) than engage.

When we do engage, we may give in quickly or compromise, failing to meet our own needs or devise really useful solutions.

Or if we dig in our heels, we fall into the trap of trying only to persuade the other side that our belief or preference is the right one – missing the chance to learn more and to problem solve.

In short, what most of us do well is to negotiate solutions to conflict.

Learn 10 conflict resolution skills for having a good fight.

First, conflict is more emotionally perilous than we may think.

My research has shown that people rate the prospect of conflict with a friend or roommate to be about as pleasant as running out of gas in the middle of traffic or sleeping on an airport floor.

Second, “negotiating” isn’t a strategy that is modeled well for most us. Too many of us don’t really understand why negotiation is such a powerful process option, and what it means to negotiate effectively, particularly when relationships matter.

Finally, we don’t know how to build the right kind of confidence in approaching and resolving conflict effectively.

Conflict: why we hate it so much.

As I argue in Resolve: Negotiating Life's Conflicts with Greater Confidence

, most conflicts are “crucibles” in which our own mix of motives and fears are interacting, under pressure.

We want to achieve a better outcome — stopping the neighbor’s loud music, amending our spouse’s proposed vacation plans, or revising a new work policy. But when relationships matter, we’re driven by two other motives.

The first is the desire to preserve what psychologists and behavioral economists call social capital — the relationship(s) or reputations that are at stake.

Humans are highly social animals, and we tend to achieve better outcomes over time when we have many allies and few enemies.

Conflicts that aren’t managed well can put social capital at risk. Will my spouse be in a foul mood if we argue? Will the relationship with my neighbor or in-law suffer if we disagree? What will they tell others about me?

These personality tendencies (called temperament, emotional awareness, and meta-emotional style) mean that for some of us, conflicts can become an emotional minefield in which we twist and turn to try to avoid feeling bad or making the other person feel bad.

How to have a “good” fight.

To live fully, we need to get better at having a good fight. What does that mean? It means understanding how to approach and resolve conflicts in ways that generate useful solutions while protecting relationships.

A good fight doesn’t mean being “nicer” about fighting. Rather, it means, having a good process for working through differences. And this is where negotiation becomes so important.

Negotiating well means deploying a process of creating better solutions — ones that meet each person’s most important needs and preferences — in a way that protects social capital and manages emotions.

We need to develop mastery in negotiating, and this only happens through practice.

Sadly, most of us don’t see negotiation modeled often or well in our families or beyond. Much of what we see in Hollywood movies are examples of extreme negotiation (hostage situations) and stereotypically amusing negotiation (haggling).

More often what we see modeled is active avoidance, giving in, compromise (which may leave no one happy, when stakes are high), and mutual attempts at persuasion.

Negotiation is not about persuasion. There is an element of persuasion in most negotiations, but to protect relationships and generate solutions, two (or more) heads are almost always better than my idea (or yours).

What we need is a better way to disagree — a way to have a “good” fight. This isn’t something that happens overnight; it is something that we build over time, sometimes in partnership with our spouses, friends, or coworkers.

Forty years of negotiation research suggest that there are reliable traps we fall into, and reliable ways that we screw up when we think about conflict. (This is true beyond the negotiating table, and bestsellers like Predictably Irrational and Thinking Fast and Slow are excellent summaries.)

To build our confidence in approaching conflict, managing our own foibles, and dealing with stressors of the conflict crucible, we need to develop confidence, without becoming arrogant or pushy.

Books like Sheryl Sandberg’s Lean In did a terrific job of describing the costs of not negotiating often or well, but not such a great job at explaining how to “lean in” without having others become irritated.

A slew of research suggests that when less powerful people act in more assertive ways, they are punished by others, rather than rewarded.

Developing confidence in approaching and managing conflicts requires first understanding what it means to be genuinely confident.

Confidence is not bravado, braggadocio, fake-it-til-you-make-it, or the use of intimidating or aggressive tactics.

True confidence in social settings has three components: mastery (a behavioral component), awareness (a cognitive or mental component) and poise (an emotional component).

There are ways to cultivate all three of these facets of confidence. (To distill a great deal of research into a few sentences: have a process plan; practice out loud; use checklists; diversify your coping style; engineering situations.)

But there are specific tactics that make sense when you are in a situation where the relationship matters most — whether is it a romantic connection, a family member, a roommate, a friend, or a mentor.

For these situations, here are ten conflict resolution skills to help you to build confidence and competence approaching and navigating a “good” fight.

Too often, we decide to start up conflict in the evening, when we’re tired. With more of us working longer hours, this is recipe for disaster.

Instead, schedule a time (Saturday lunch, once a month) to handle issues where you are disagreeing, or a behavior that someone is finding irritating.

2. Start with a constructive frame.

“I’d like to discuss the way to talk to the kids” actually sounds to the receiver like a criticism. The problem, as defined, is in the other person.

Instead try, “I’d like to see if we can agree on some rules for how we talk to the kids.” This is a more constructive frame for the conversation, naming a positive goal rather than implying a deficiency in the other person.

When my wife and I were first married, we realized that arguing in the evening rarely led to good outcomes. We implemented a “six o’clock rule” that prevented us from raising major issues after 6:00 pm.

Research on circadian rhythms suggests why this is helpful: most of us are not as patient and alert as we are earlier in the day.

Another rule? Avoid using the words always and never. But those are just ours. You and your partner or friends should come up with your own, over time.

Remember that letting someone feel heard and understood is a powerful way to help them to be more generous and flexible.

You can acknowledge what someone is saying or feeling without agreeing that they are “right” to their view or feeling.

Simply summarizing what you are hearing, without judgment, is a powerfully constructive move.

5. Generate more than one option.

When future plans or current problematic behaviors are the topic, disputants tend to rush quickly to a proposed solution and then argue about whether it is good or bad.

Instead, declare a short period of brainstorming, where many solutions get put forward, without criticism.

Once multiple solutions are present, you may find that combining several of them is quickly agreeable to both people.

Too often we stew for days or weeks about things that are bothering us, eventually letting loose with a barrage of criticisms that make constructive engagement hard for the other person.

Instead, find a confidant you can talk to about what is bothering you before resentments build up. Ask them to help you.

As new data on relationships has shown, social support is a remarkable aid in helping our brains to work better.

As research by John Gottman has shown, there is an important distinction between a complaint and criticism.

Read Related: How to Deal With Mean and Nasty People

If your partner or roommate opens with, “Your absent-mindedness is getting to be a problem,” avoid the urge to debate about whether you are absent-minded.

Instead, focus on specifics. What specifically are we talking about?

Conversations that begin with criticism tend to spiral downward into cycles of defensiveness and counter-criticism, leaving everyone unhappy.

Conversations that begin with a specific complaint tend to lead to more concrete solutions.

A powerful move at the outset of a conflict is to invite the other person to really “empty their pockets” in terms of their issues with you.

“I want to talk about summer plans,” says Allison. But what if instead of starting in, Pat simply asks, “Anything else?”

Read Related: What is Empathy and How Does It Differ From Sympathy

The real issue might be that Allison feels that Pat doesn’t want to spend time together that summer. Making space for the real issue to emerge at the front end can save a lot of time.

Repair moves are moves that help ease tensions in the thick of an emotionally difficult disagreement.

Three powerful ones are humor (which must be funny to the other person); reminiscing about a fun time together; and apologizing for your part in creating a problem.

Last, but definitely not least: think of conflict as a signal that your relationship is normal, not troubled.

All meaningful relationships have conflicts. The presence of conflict or disagreement is not a sign that things are somehow bad or wrong in the relationship.

Rather, it’s the way we handle conflict that matters — and avoiding conflict is extremely costly in the long run, because we get worse outcomes and fail to seize opportunities to deepen our mutual understanding and trust.

These ten moves will help create conditions in close relationships that make it more likely you will generate beneficial solutions in ways that protect social capital and avoid bad feeling.

Finally, remember this: habits around conflict are like well-worn grooves that we fall into over and over again.

Creating new ones takes time and practice. But starting with a better process is the fastest route to having better fights, and to building your confidence in approaching and navigating conflict when the stakes are high. 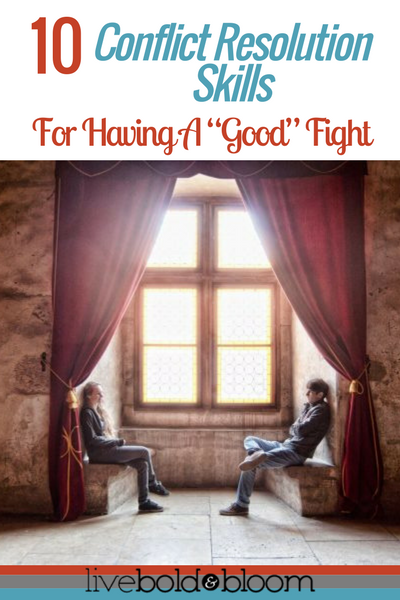 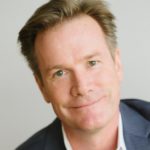 Founder and president of Movius Consulting, Dr. Hal Movius is also consultant to the Affective Neuroscience Laboratory at the University of Virginia, research collaborator at Ethical Systems at NYU Stern, senior consultant to the Consensus Building Institute, and visiting executive lecturer at the Darden Graduate School of Business. He is the author of Resolve: Negotiating Life's Conflicts with Greater Confidence (2017) which prescribes steps for negotiating more effectively without becoming arrogant or pushy.